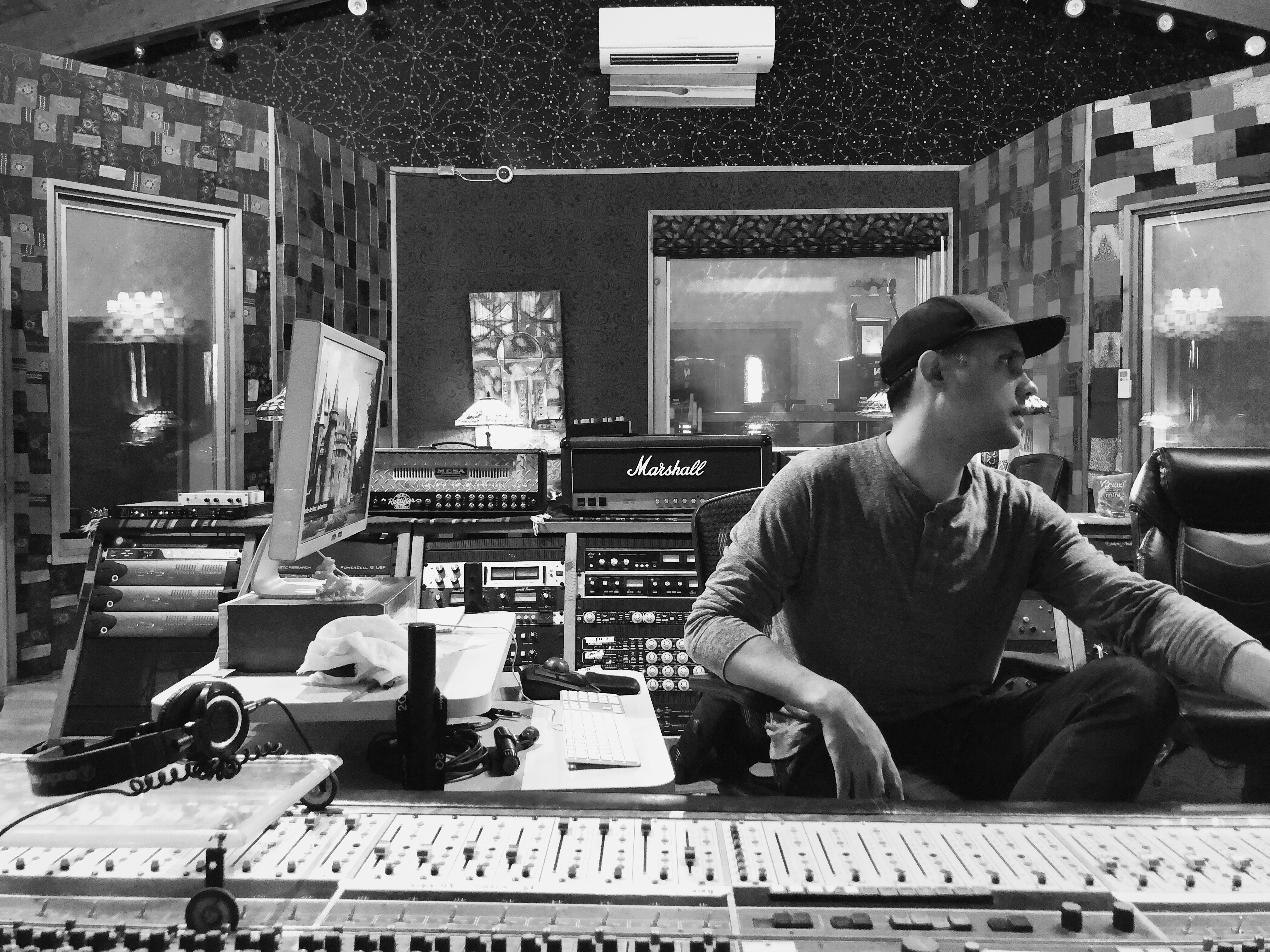 Born in Guatemala City and currently based in Texas, Leslie Johnson is a producer, bassist and songwriter.

Johnson was a part of Khalid‘s 2017 4x platinum album “American Teen” as a composer.
The following year, Johnson’s production work with one of Latin America’s top selling Christian artists Marcela Gandara was nominated for a Latin Grammy (Best Christian Album) and for a Dove Award (Best Christian Album in Spanish). He also has two Billboard’s Adult R&B Airplay number ones with Charlie Wilson.

He has also worked as producer/composer/musician with artists like Carly Gibert, Bootsy Collins, Now United, Lilly Goodman, among many others.

Born in Guatemala City (1982), Johnson was introduced to music at the age of 15, when he started playing piano at a local church, where (in his own words) by necessity he started playing drums, guitar and soon he would focus all his attention on the bass guitar.

Soon after moving to bass, at age 20, he became a part of Christian band “Vertical” (signed to Integrity Music) and began his career professionally, touring throughout Latin America and the US for 4 years.

In 2006, at the age of 23, Johnson moved to Cd. Juarez, Mexico where he became a part of the production team of Latin Grammy Award nominated producer/drummer Alvaro Lopez and at the same time he became the bass player for Lopez’s “Resq Band”.
During his time with Lopez, he was part of recordings as a session musician and programmer for artists/musicians such as: Mexican superstar Yuri, bassist Abraham Laboriel among many others.
After almost two years with Lopez, Johnson started working independently and immersing himself more into music production while also becoming a sought-after session bassist and multi-instrumentalist.
In 2012 Johnson moved to Texas and he started to get more work as producer and he became musical director for one of Latin America’s top selling Christian artists Marcela Gandara.

Johnson made his major production debut on Khalid’s 2017 debut album “American Teen” for which he co-wrote the title track.

In the year 2020 Johnson started working with LA producer Emile Ghantous and together produced/co-wrote Charlie Wilson‘s #1 single “One I Got” released on June 26, 2020. (“One I Got” reached #1 on the Urban AC charts after just 10 weeks and set a new record on the Billboard Adult R&B Songs chart making Wilson the top male artist leading the chart earning eight #1 singles at the pole position).
In the same year Johnson also produced Latin America’s top selling female Christian artist Lilly Goodman‘s album “Cielo”, released in Feb. 2021.
Since then, Johnson has also produced/co-written many songs for international pop band “Now United” (formed by Idols creator, Simon Fuller) and is still actively working with them on future releases.

In 2022 Johnson co-wrote Charlie Wilson’s single “No Stoppin’ Us” featuring Babyface, KC Hailey (from “Jodeci” and “K-Ci & Jojo) and Johnny Gill from “New Edition”.
Later in 2022, “No Stoppin’ Us” reached the #1 spot at Billboard’s Adult R&B Airplay chart, becoming Wilson’s ninth number one on this list, more than any male R&B artist. This is Johnson’s second number one on this list.

Lately, Johnson has been actively collaborating with many other producers, songwriters and artists on future releases soon to be announced.